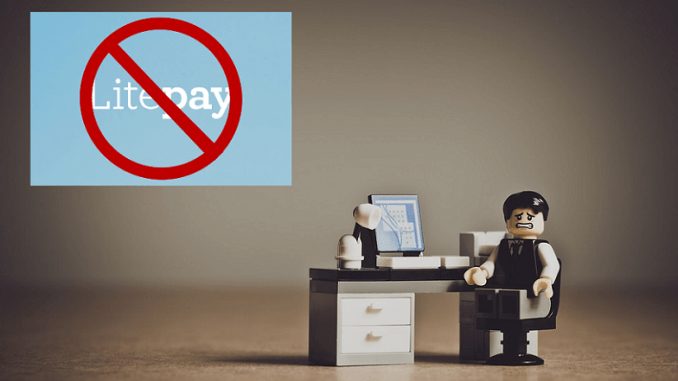 Litepay, a Litecoin-specific payment processor, is closing up shop–until it finds a buyer, that is. According to a blog post released today by the Litecoin Foundation, Litepay CEO Kenneth Asare is ceasing all operations in preparation to sell the company.

The post continues to convey that, prior to the company’s closure, Asare had run-ins with the Litecoin Foundation and the community at large. Keith Yong, the post’s author, writes that Asare was “less than transparent” with his management of the non-profit’s project funding, and reportedly, he conducted a controversial and dissatisfactory AMA on r/Litecoin, the cryptocurrency’s most active subreddit.

Following the AMA, the community raised concerns to the foundation, whose members, in turn, approached Asare with these and their own concerns. The post claims that Asare then requested additional funds from the foundation, the denial of which may have spurred his decision to terminate operation and look for potential buyers.

“The foundation refused any further funding as he was unable to provide a satisfactory picture of where the money had been spent and refused to go into exact details about the company and show objective evidence to back up his statements,” the post reads.

In his AMA, the CEO drew flack from the Litecoin community for a lack of general transparency, not providing team information or integration documents on Litepay’s website, and failing to disclose the delay of Litepay’s debit card before the platform’s official launch.

The End of An Abbreviated Era

“We are greatly disheartened that this saga has ended in this way and we apologize for not doing enough due diligence that could have uncovered some of these issues earlier,” Yong writes.

Calling Litepay’s run a “saga” might be overstating the point, seeing as the project is shutting down after roughly a month of operations and little to no practical integration. That said, the payment processor was greeted with much enthusiasm and glee throughout the crypto community, and even outside voices speculated that it could be the point of sale solution to put cryptocurrencies on the map for merchants and consumers alike.

After the project’s revelation in mid February, Litecoin’s price rose 40% over the course of a week before topping off at $255, the highest price tag for the currency since the January-February crash. If this price leap reflects anything, it’s an enthusiastic user-base’s bullish anticipation of Litepay’s potential to bring cryptocurrency payments into the mainstream.

But for now at least, it looks like Litecoin fans and crypto users alike will have to wait before a payment solution bridges the gap between the virtual and physical worlds.  However, if Asare can sell the project to a competent organization and development team, that solution could be Litepay yet.

To the Litecoin Foundation, though, it makes no difference.  To them, Litecoin came before and its success is in no way contingent on Litepay’s own; it’s here to stay, the end of the post reveals, as it continues the search for any feasible payment solution its community can cook up:

“Litecoin was doing perfectly fine before the promise of LitePay and will continue to do so.  The ecosystem is far bigger than one company and is continually growing with support from many others with market ready products joining the space and fulfilling their promises to make it easier for the world to use Litecoin.”

This article is originally posted at CoinCentral.com