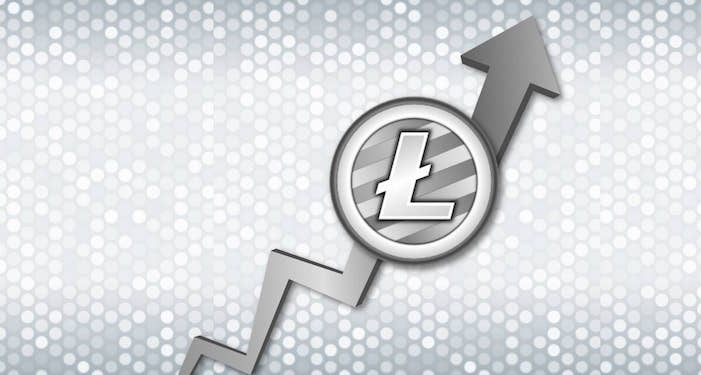 Litecoin (LTC) is a decentralized peer-to-peer cryptocurrency that was released on October 7th, 2011 and went live on October 13th, 2011.

The silver to Bitcoin’s gold.

Bitcoin’s little brother that doesn’t get out much.

These are just a few of the things you might hear being tossed around when talking about Litecoin. At a first glance, Litecoin doesn’t garner much respect as a top 10 market cap cryptocurrency.

However, once you get into the weeds, Litecoin presents an extremely useful and interesting application of the original Bitcoin blockchain.

For all the flak Litecoin gets, it’s easy to overlook what it actually is, and what functions it serves.

The Low-Down on Litecoin

Litecoin was founded by former Google employee Charlie Lee. It was one of the first forks of the Bitcoin core client. It was proposed as a solution to some of the bottlenecks and scalability issues with Bitcoin, most notably the number of transactions that could be processed within a given time.

The edge Litecoin has over Bitcoin is that the payment transaction costs are extremely low, and it is capable of facilitating payments around 4x as fast.

Litecoin originally started gathering attention during its explosive growth in November 2013, where it saw a near 15x spike in price. This jump in price, however, was short-lived and Litecoin hovered around the $4 per LTC range for about two years. It wasn’t until May 2017 that it started to pick up steam again during a time where generally all cryptocurrencies experienced massive growth.

Litecoin has also been relatively innovative, adopting new technologies such as Segregated Witness and carrying out the first Lightning Network transaction that sent 0.00000001 LTC from Zurich, Switzerland to San Francisco, USA in under a single second.

The Silver to Bitcoin’s Gold

There’s a reason Litecoin receives a lot of comparisons to Bitcoin. Except for a handful of minor distinctions, Litecoin serves the exact same purpose as Bitcoin. After all, it was one of the first Bitcoin forks.

Comparing Litecoin to Bitcoin not only makes sense from a convenience point of view, it also lets us zone in what makes it different at a technological level. Litecoin is meant to be used as peer-to-peer cryptocurrency and is actually able to accomplish the same job Bitcoin does at a faster and cheaper rate.

Transaction confirmation speed plays a huge role in how quickly a currency gets adopted. Bitcoin confirmations usually take around ten minutes and have been steadily increasing with periods hitting as high as 2,548 minutes. Litecoin’s network is able to confirm transactions at a much quicker rate.

Litecoin’s verification period lasts a fixed 2.5 minutes. For every individual Bitcoin block that gets confirmed, four Litecoin blocks of equal size get confirmed.

The cost of sending any denomination of Litecoin costs around $0.09, whereas Bitcoin currently hovers around $5.00. This is an immediate advantage Litecoin has over Bitcoin for small transactions, since splitting a $10 Uber with a friend doesn’t make sense for most people if you have to pay $5.00 on top of that. Litecoin offers the option to pay for everyday goods without high fees that will start add up very quickly.

One of Litecoin’s goals is to distribute hash power more evenly than Bitcoin’s network. The problem that Litecoin’s founder Charlie Lee wanted to address was how Bitcoin’s hash power was largely distributed among mining pools, groups of miners, and generally a much smaller (and less decentralized) subset of miners. Litecoin aims to keep the hashing power decentralized.

Litecoin’s mining also keeps transaction fees relatively low due to the inherently higher total supply. There can only be 21 million Bitcoins existence, whereas there can be up to 84 million Litecoins. This matters because it makes mining less competitive, and the more competitive mining gets, the higher the transaction fees.

Whereas Bitcoin is near hitting some pretty serious scalability issues due to its high transaction fees, Litecoin is able to churn out block after block and retain its lower transaction costs. Granted, not as many people are using Litecoin as they are Bitcoin and Litecoin could theoretically end up dealing with the same scalability issues if it were to experience proportionate growth and usage, but that simply just isn’t the case today.

Litecoin also uses the Scrypt hashing algorithm that utilizes much less processing power than the Bitcoin SHA256 hashing algorithm. Placing a higher emphasis on utilizing high-speed RAM, Litecoin makes it much less possible for a single player (or small collective group of big players) to dominate the mining world.

It’s important to also look at the differences in how both Bitcoin and Litecoin came about.

Litecoin’s founder, on the other hand, has been publicly available and active in the community. You can find Charlie Lee on Linkedin or on Twitter, as @SatoshiLite. After working at Google and founding Litecoin, he also worked on the engineering side at Coinbase, one of the largest cryptocurrency exchanges in the world.

Personally, I much rather prefer Lee’s accessible and open nature to the mysterious secretive Satoshi, and the fact that Lee is capable of making light (Lite) of the situation is very humanizing.

Additionally, you’d be hard pressed to find any serious claims or illusions of grandeur within the Litecoin camp. It’s meant to make cryptocurrency accessible and usable for everyone, and is perfectly fine with taking a back-seat role to Bitcoin.

Well, the fact that Litecoin can hold its own weight when it comes to having a legitimate use case says a lot, especially in a cryptocurrency world with over 700+ alt-coins with dubious purposes.

It does, after all, hold a market cap of upwards of $3 billion. That doesn’t just happen by dumb luck.

When compared to Bitcoin, which has a market cap about 33x bigger, Litecoin does pose several advantages. As listed above, it’s capable of offering users lower transaction fees, faster transaction processing times, a more decentralized mining network, and its founder even throws out the occasional zinger on Twitter. These advantages technically make Litecoin a better coin for the vast majority of small transactions.

However, to be fair, Litecoin hasn’t been pushed to its limits because there simply aren’t that many people using it. For the time being, Litecoin does exactly what it was created to do: offer low-cost, speedy transactions in a way that Bitcoin couldn’t.

As is, Litecoin is simply another cryptocurrency that just so happened to prove its use case as a low-cost decentralized peer-to-peer payment method.

Litecoin was never made to go head to head with Bitcoin, but its technological advantages do pose somewhat of a threat. While it might be theoretically “better” than Bitcoin, Bitcoin has already run off with the network effect of having rapidly onboarded a much larger and active user base.

Bitcoin also has the benefit of being a near household name by now, whereas Litecoin is much more obscure (especially with hot new tokens on the block like Ethereum). The vast majority of people who jump into the cryptocurrency world will buy Bitcoin first, and if their hunger isn’t satiated, maybe some Litecoin and Ethereum.

While Litecoin seems to function very well for what it’s meant for, it’s interesting to postulate ideas about situations where it could experience massive user adoption and growth. There isn’t much meat on the bones of whatever Litecoin loyalists are chewing on, but it’s worth noting that it could only be a matter of time before more people start to add Litecoin into their portfolios.

If, and this is a big IF, Bitcoin isn’t able to address its scalability issues, Litecoin will be there to at least offer the same utility without having to pay high (and if Bitcoin reaches the climax of its scalability problems – extremely high) fees.

Until then, Litecoin will likely hang around the top 10 market-cap cryptocurrencies, doing the same thing it always has.

This article is originally posted at CoinCentral.com