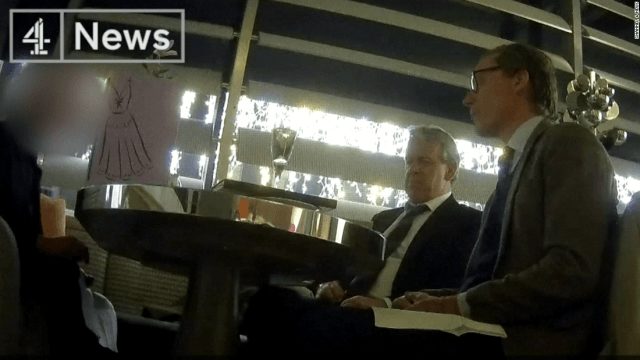 One of the biggest stories of the year so far has been the scandal surrounding Cambridge Analytica that came out after a Channel 4 expose that demonstrated the depths they are willing to go to profile voters, manipulate elections and much more.

It’s kicking off in the UK and the US and Mark Zuckerberg has had to come out publically and apologise about the involvement of Facebook.

This goes deep with ties to elections and political activities in Malaysia, Mexico, Brazil, Australia and Kenya.

Controversial data analytics firm Cambridge Analytica has been hit with an emergency data seizure order in England following an extraordinary series of events Monday night that revolved around a TV undercover expose.

Following a day in which the company became the focus of attention online, in print, and in the UK Parliament and US Congress for its unethical use of user data, senior executives from the firm were then shown on camera boasting about the use of dark methods, including honey traps, fake news and sub-contracting with ex-spies to entrap individuals.

Those revelations – filmed during an undercover investigation by Channel 4 in the UK – came as the controversial company was already in the news after it was revealed it had secretly grabbed the personal details of over 50 million Facebook users and used the data to sell voter targeting services.

Following the segment on those secret recordings, UK Information Commissioner Elizabeth Denham said she would seek a warrant on Tuesday forcing Cambridge Analytica to hand over relevant data, after she said the company had refused to respond sufficiently to earlier requests.

Adding to a sense of drama, as Denham was on television saying she would apply for the warrant, a Channel 4 reporter posted outside the company’s headquarters reported that a team from Facebook was inside the building ensuring that their purloined data had been deleted.

There’s a whole #DeleteFacebook movement spawning from this like it’s somehow new that we are actually the product on Social Media networks and we live in a post-privacy era.

It’s a pretty widespread story as it affects pretty much every continent and billions of individuals all around the World.

Less than an hour after the program aired, the authorities announced they had received a warrant to search Cambridge Analytica’s offices that very night.

As to the undercover investigation, Channel 4’s reporters posed as Sri Lankan clients interested in paying the company to help their candidates in upcoming elections. Over the course of a series of meetings in London a series of senior executives outlined an increasingly disturbing array of services they would be willing to provide.

At an initial meeting with its managing director Mark Turnbull and chief data officer Dr Alex Tayler the pair talked about their infamous data analytics and profiling services as a way to identify potential swing voters.

That ethical line appeared to disappear however when the undercover journalists met with Cambridge Analytica’s chief executive Alexander Nix.

Nix was caught on film outlining a series of extremely dubious and many cases illegal scenarios for dealing with political opponents. They included bribing officials and candidates – “we can have a wealthy developer come in and offer a large amount of money to a candidate – for land, for example” – and film the transaction in order to expose them as corrupt.

He also suggested that the company could arrange for a honey-trap – sending young women to operate a sex sting – while stressing that he was “just giving examples of what can be done, what has been done.”

He also appeared to embrace the idea of creating and promoting fake news – an extremely sensitive topic given the evidence that fake news was used extensively in the US presidential elections in 2016 – noting that “it doesn’t have to be true, it just has to be believed.”

The latest is that Alexander Nix has been suspended pending an investigation.

The whistleblower for the whole thing is a young researcher called Christopher Wylie from London.

It even manages to be much bigger than the Equifax leak and scandal.