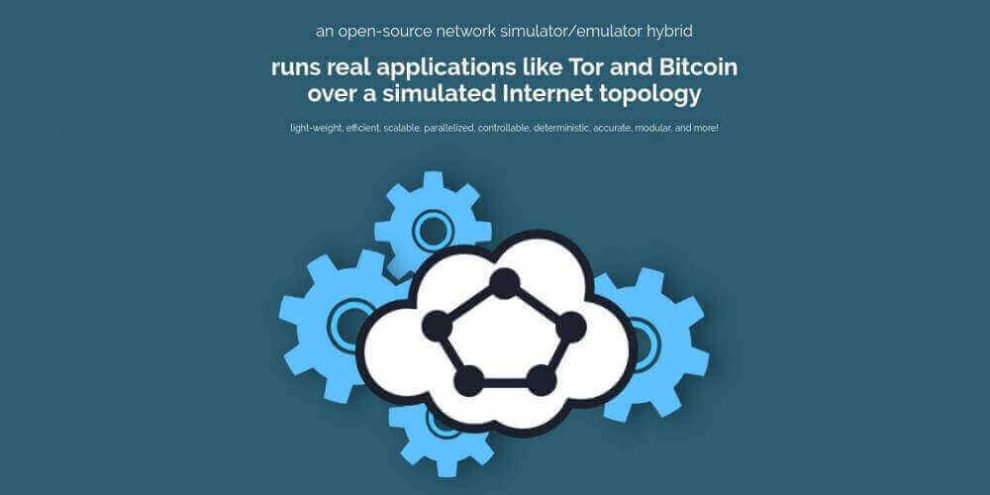 Shadow is a unique discrete-event network simulator that runs real applications like Tor and Bitcoin, and distributed systems of thousands of nodes on a single machine. Shadow combines the accuracy of emulation with the efficiency and control of simulation, achieving the best of both approaches.

Shadow was developed because there was a recognized need for an accurate, efficient, and scalable tool for Tor experimentation: using the PlanetLab platform is undesirable due to management overhead and lack of control; existing emulators are far too inefficient when scaling to thousands of nodes; roll-your-own simulators are often too inaccurate or generic to be useful for multiple projects; and experiments on the live Tor network are often infeasible due to privacy risks.

The goal for Shadow was to provide a tool that can be used by anyone with a Linux machine or access to EC2 to hasten the development of research prototypes and reduce the time to deployment. Although originally written with Tor experimentation in mind, Shadow can also run Bitcoin and is useful for researching or prototyping other distributed or pe er-to-peer systems including multi-party computation protocols.

Shadow does the following: