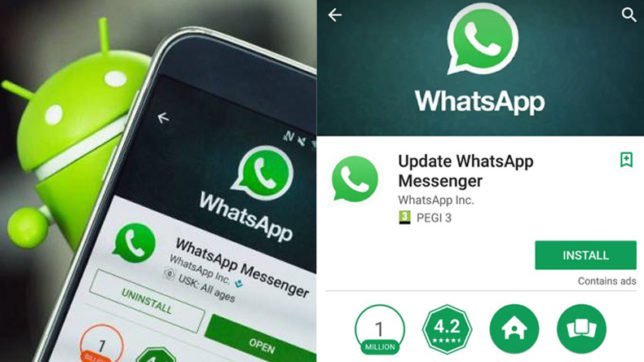 The Google Play store has made headlines recently when cyber criminals were able to hack in and post a fake WhatsApp messenger update for download. More than a million Android phone users were tricked into downloading the app but the overall breach was relatively minor.

Hackers were able to breach the store by adding a simple line of code which masked the app and made it look as though it was from the original developer of WhatsApp. This, in turn, is how they were able to trick the Google Play store into allowing the app update to be posted to begin with.

Google has since removed the fake app and is currently taking steps to prevent any similar future attacks. Fortunately, users that downloaded the fake app didn’t experience much trouble. The app was designed to bombard the user with ads to download other apps, the legitimacy of those apps is unknown but also being investigated.

This latest Google Play store breach has made headlines due to the hackers using the new tactic that allowed them to mask the app as being offered by the original developer of WhatsApp. It doesn’t ask for too many permissions so those who downloaded it don’t have too much to worry about.

There are several steps you can take in order to protect yourself from similar attacks such as this one. Updates should be offered from the app itself, not in the form of a new download. Also, make sure to have security software that is properly updated on your smartphone as most people are oblivious to this fact.

Experts advise that users never download through 3rd party sources as they are often a threat to the device’s security. As long as user’s make sure to pay attention to potential threats and keep updated on recent security threat news, all should be well.