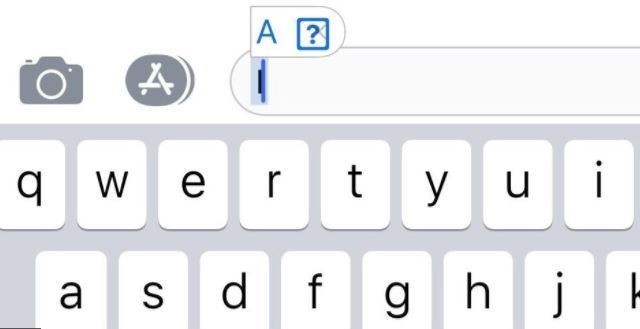 A strange text error has left some iPhone users unable to write the letter “I”. But, every time they try to use the English first-person pronoun, it gets replaced by the letter A and an unprintable unicode character, normally presented as a question mark in a box (A[?]).

The strange character combo looks as the main entry in the iOS recommended predictive auto-correct text feature, which is turned on by default in the iOS Messages app.

It seems that the problem affects users of iOS 10 and iOS 11, and has also been reported as happening to users of Apple’s Mac computers too.

According to Apple:
If you updated your iPhone, iPad, or iPod touch to iOS 11.1 and find that when you type the letter “i” it autocorrects to the letter “A” with a symbol, learn what to do.
Try setting up Text Replacement for the letter “i”