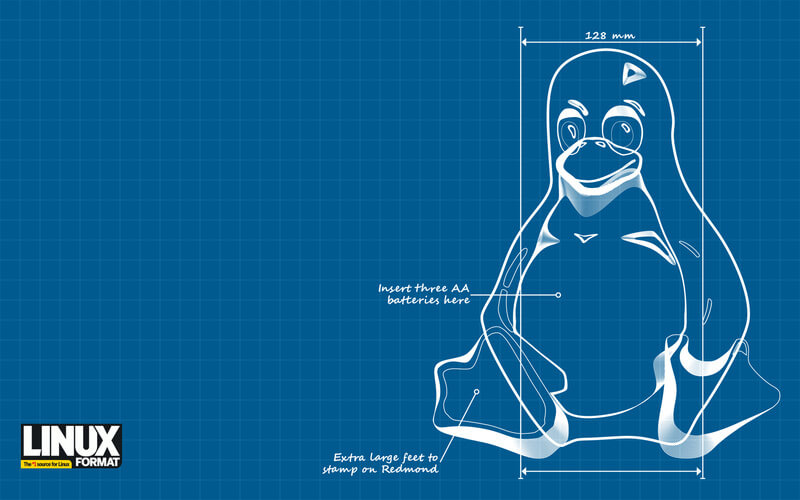 This will be the beggining of a long series of the basics of linux, so let’s get started.

What is Linux? Open-Source? What is the use of Linux?
Linux is an operating system that was first started out of curiosity by Linus Torvalds, but then took on a life of its own—in the meantime, hundreds of developers (not just students and hobbyists, but also professionals at companies such as IBM, Red Hat, or Oracle) are developing it further.

Open-source software is a type of computer software with its source code made available with a license in which the copyright holder provides the rights to study, change, and distribute the software to anyone and for any purpose.

Linux was inspired by Unix, an operating system developed in the 1970s at AT&T Bell Laboratories and geared towards “small” computers (see above for the meaning of “small” in this context). Unix soon became the preferred system for research and technology. For the most part, Linux uses the same concepts and basic ideas as Unix, and it is easy to get Unix software to run on Linux, but Linux itself does not contain Unix code, but is an independent project. Unlike Windows and OS X, Linux isn’t backed by an individual company whose economic success hinges on the success of Linux. Linux is “freely avail- able” and can be used by anyone even commercially who subscribes to the rules of the game (as outlined in the next chapter). This together with the fact that by now Linux no longer runs just on PCs, but in substantially identical form
on platforms ranging from telephones (the most popular smartphone operating system, Android, is a Linux offshoot) to the largest mainframes (the ten fastest computers in the world are all running Linux) makes Linux the most versatile operating system in the history of modern computing.

Red Hat ( http://www.redhat.com/ ) was established in 1993 as “ACC Corporation”, a distribution company for Linux and Unix accessories. In 1995, the company founder, Bob Young, bought the business of Marc Ewing, who in 1994 had published a Linux distribution called “Red Hat Linux”, and changed the name of his corporation to “Red Hat Software”. In 1999, Red Hat went public and is by now probably the largest corporation solely based on Linux and open-source software. It is part of the “Standard & Poor’s 500”, a stock index which serves as an indicator for the US economy.

The German company SUSE was first incorporated 1992 as a Unix consultancy under the name of “Gesellschaft für Software- und System-Entwicklung” and accordingly spelled itself “S.u.S.E.”. One of its products was a German version of Patrick Volkerding’s Linux distribution, Slackware, which in turn was derived from the first complete Linux distribution, Softlanding Linux System or SLS. S.u.S.E. Linux 1.0 appeared 1994 and slowly diverged from Slackware by taking on features from Red Hat Linux, like RPM package management or the /etc/sysconfig file. The first version of S.u.S.E. Linux that no longer looked like Slackware was version 4.2 of 1996. SuSE (the dots had disappeared at some point) soon became the leading German-language Linux distribution and published SuSE Linux as a “boxed set” in two flavours, “Personal” and “Professional”—the latter was noticeably more expensive and contained,among other things, more server-oriented software.

Unlike the two big Linux distribution companies Red Hat and Novell/SUSE, the Debian project ( http://www.debian.org/ ) is a collaboration of volunteers whose goal is to make available a high-quality Linux distribution called “Debian GNU/Linux”. The Debian project was announced on 16 August 1993 by Ian Murdock; the name is a contraction of his first name with that of his then-girlfriend (now ex-wife) Debra (and is hence pronounced “debb-ian”). By now the project includes more than 1000 volunteers.

One of the most popular Debian derivatives is Ubuntu, which is provided by Ubuntu the British company, Canonical Ltd., founded by the South African entrepreneur Mark Shuttleworth. (“Ubuntu” is a word from the Zulu language and roughly means “humanity towards others”.) The goals of Ubuntu is to offer, based Ubuntu goals on Debian GNU/Linux, a current, capable, and easy-to-understand Linux which is updated at regular intervals. This is facilitated, for example, by Ubuntu being offered on only three computer architectures as opposed to Debian’s ten or so, andby restricting itself to a subset of the software offered by Debian GNU/Linux.

In addition to the distributions we mentioned there are many more, such as Mandriva Linux ( http://www.mandriva.com/en/linux/ ) or Turbolinux ( http://www. turbolinux.com/ ) as smaller competitors of Red Hat and SUSE, Gentoo Linux ( http://www.gentoo.org/ ) as a distribution focused on source code, various “live systems” for different purposes ranging from firewalls to gaming or multimedia platforms, or very compact systems usable as routers, firewalls or rescue systems. Also worth mentioning if only because of the number of “installed systems” is Android, which with a grain of salt can be considered a “Linux distribution”. Android consists of a Linux operating system kernel with a user space environment maintained by Google and based on Google’s version of Java (“Dalvik”) instead of the usual environment based on GNU, X, KDE, etc. that forms the basis of most “normal” distributions. An Android smartphone or tablet presents itself to the user completely unlike a typical Linux PC running openSUSE or Debian GNU/Linux, but is still arguably a Linux system.

Linux Basics Part 2 – First Steps with Linux
What is the Lightning Network? A Beginner’s Guide
Comment