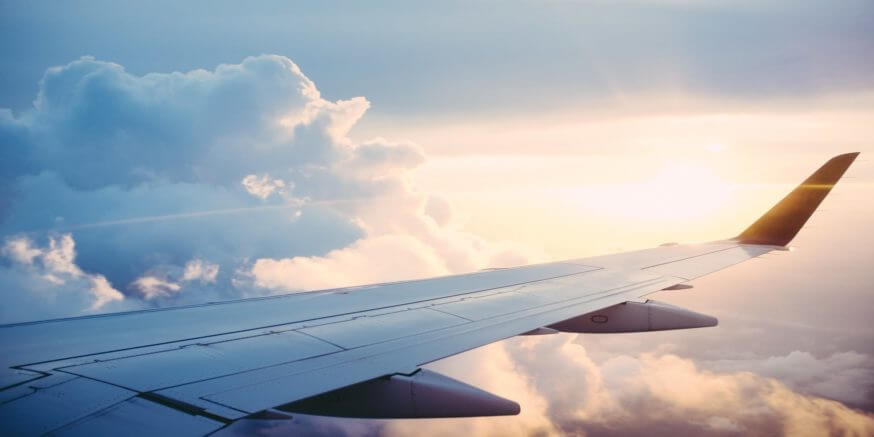 The aerospace industry, comprising aviation and space flight, generates trillions of dollars every year. Countries compete for the latest and greatest achievements in space exploration. And back on earth, eager tourists are the primary source of value to an aviation industry worth $2.7 trillion each year. Blockchain aerospace applications are still only in the very early stages of development, but things seem poised to move quickly.

Accenture reports that more than two-thirds of aerospace and defense executives are planning to integrate new technologies within the next two years. As such, there are plenty of opportunities for blockchain to add value to both the aviation and space flight sectors. This article will explore developments and discussions around blockchain in the aerospace industries.

Blockchain is set to have a huge impact on industries like automotive, where manufacturers are dependent on parts coming from other manufacturers. Aviation and spacecraft manufacturing is no different.

The aerospace industry has a huge obligation of safety and security to passengers and other stakeholders. Therefore, aircraft and spacecraft manufacturers are dependent on suppliers for the provision of parts that are made and tested to a high-quality standard.

Blockchain offers the possibility of recording the entire manufacturing process, transparently and permanently. Each component could be digitally tagged. The tag could include data and attributes, such as the particular machine that made the part, which quality tests were carried out, and the dates, locations, and individuals responsible for performing these activities.

The airplane or spacecraft could then retain this record of manufacturing throughout its entire lifecycle.

Consequently, such a record would be of immense use to maintenance engineers who are later contracted to work on the craft.

Certain components of an airplane can only be used for a fixed number of cycles before they must be replaced. However, the number of cycles can vary depending on whether the plane has been operating under high-pressure or low-pressure conditions.

Because there is no consistency in recording this flight data, engineers tend only to look at how many hours the plane has been in flight. Replacing parts before it’s necessary creates a massive potential for wastage and increased costs for the airlines. Conversely, any airline that tries to eke out the life of parts could put passenger lives at risk.

Airlines tend to contract engineers who have worked on a particular plane in the past, to offset wastage. This leads to an uneven distribution of work across the industry.

On top of all this, there is no consistent system or methodology of recording aircraft maintenance. Believe it or not, but a 2016 report stated that paper was still the means of documenting around 90 percent of all aircraft records!

In principle, this means that any engineer could work on any plane. They would have a complete and intact digital record of parts used, and maintenance history throughout the full lifecycle of the aircraft.

Blockchain could also act as a record for the pressure conditions of each flight. Greater accuracy in determining the lifecycle of replacement parts would also bring substantial potential cost savings to the airlines.

A 2017 Deloitte paper describes some of the issues faced by the aircraft leasing industry. The airlines often incur leasing and other costs in US dollars, but earn profits in their native currencies. Switching to payments in cryptocurrency could reduce the foreign exchange fees incurred by airlines. Not only that, but it would also mean that airlines could lease planes and pay manufacturers directly without using banks as intermediaries.

The paper also introduces the idea of “Airchain”–a theoretical blockchain-based system. It would use smart contracts and crypto to manage the various transactions taking place across the airplane leasing industry. The next potential blockchain aerospace application is, therefore, industry-wide integration.

For the first time, blockchain introduces the possibility of a fully integrated, industry-wide data ecosystem for the entire aviation industry. In addition to the manufacturing supply chain and maintenance possibilities, integration of flight data to the blockchain is also feasible. Flight data may include the flight team, flight conditions, fuel usage, and any data of relevance.

Despite all this high-tech gear, the aviation industry struggles to capture and process all the data it needs

Such a system would vastly increase efficiencies and hence reduce costs across the whole sector. There are additional safety and security benefits from high-quality, complete data, as guesswork is limited.

Aeron is one blockchain startup that has started to venture into this space, albeit not quite at the scale described above.

Blockchain combined with AI has far-reaching potential for autonomous vehicles. In April, NASA agreed to fund the development of an autonomous spacecraft, based on the blockchain.

A spacecraft could use this technology to, for example, dodge space debris itself far more quickly than someone controlling it from Earth. Scientists spend valuable time on these kinds of routine activities. With this time freed up for further research, it is clear that blockchain aerospace innovation provides real-life utility.

NASA scientists at work on solar panels for a space project

Additionally, a NASA representative stated that scalability is the natural next step if this project proves successful. Ultimately, an entire space network could use blockchain to communicate between nodes, sharing data securely and resiliently.

Space projects require a significant amount of R&D investment and often end up having to go back to the drawing board. VC firms have therefore been reluctant to take investment risks with tech startups wanting to venture into the area of space exploration.

ICOs offer an opportunity for would-be space projects to find alternative methods of funding from investors who may be less risk-averse. And of course, once they get off the ground in a literal sense, they could even set up a crypto-mining rig in space.

To Infinity and Beyond?

These are just a few of the potential use cases of blockchain that are currently under discussion in the aerospace sector. Blockchain development is still very much in its infancy. However, since the aerospace industries are heavily dependent on data; it seems inevitable that blockchain will play a significant role in ongoing developments. Blockchain aerospace applications seem to have a very bright future ahead.

Why Is Cryptocurrency Associated with Criminal Activity?
The Difference Between Shares and Cryptocurrencies
Comment