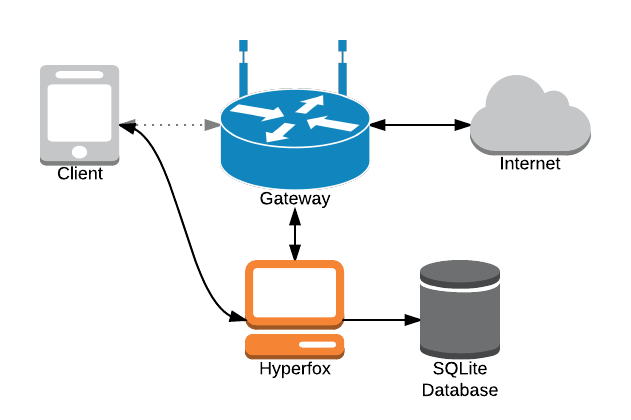 Hyperfox is a security tool for proxying and recording HTTP and HTTPs communications on a LAN.

Hyperfox is capable of forging SSL certificates on the fly if you provide it with a root CA certificate and its corresponding key. If the target machine recognizes the root CA as trusted, then HTTPs traffic can be successfully decrypted, intercepted and recorded.

This is the development repository, check out the https://hyperfox.org site for usage information.

Get hyperfox
You can install hyperfox to /usr/local/bin with the following command (requires admin privileges):

You can also grab the latest release from our releases page and install it manually into another location.

Build it yourself
In order to build hyperfox you’ll need Go and a C compiler:

Running hyperfox and arpfox on Linux
The following example assumes that Hyperfox is installed on a Linux box (host) on which you have root access or sudo privileges and that the target machine is connected on the same LAN as the host.
We are going to use the arpfox tool to alter the ARP table of the target machine in order to make it redirect its traffic to Hyperfox instead of to the legitimate LAN gateway. This is an ancient technique known as ARP spoofing.
First, identify both the local IP of the legitimate gateway and its matching network interface.

The interface in our example is called wlan0 and the interface’s gateway is 10.0.0.1.

Enable IP forwarding on the host for it to act (temporarily) as a common router.

Issue an iptables rule on the host to instruct it to redirect all traffic that goes to port 80 (commonly HTTP) to a local port where Hyperfox is listening to (1080).

Finally, run arpfox to alter the target’s ARP table so it starts sending its network traffic to the host box:

and watch the live traffic coming in.