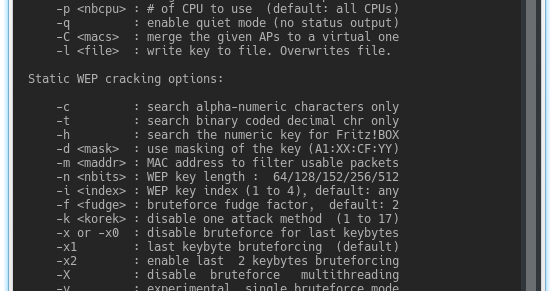 Aircrack-ng is a complete suite of tools to assess WiFi network security.

It focuses on different areas of WiFi security:
All tools are command line which allows for heavy scripting. A lot of GUIs have taken advantage of this feature. It works primarily Linux but also Windows, OS X, FreeBSD, OpenBSD, NetBSD, as well as Solaris and even eComStation 2.