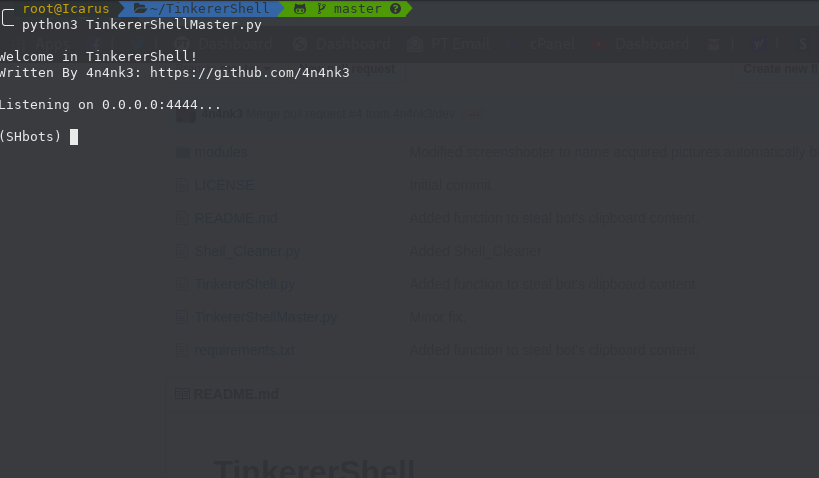 A simple reverse shell written in python 3.7 just for fun. Actually it supports Windows and Linux OS and integrates some basic features like keylogging and AES encrypted communications.

This project is for educational purposes only. Don’t use it for illegal activities. I don’t support nor condone illegal or unethical actions and I can’t be held responsible for possible misuse of this software.