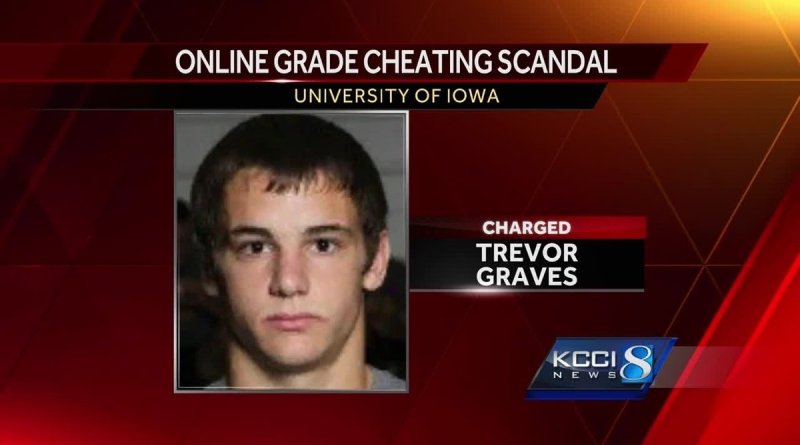 The FBI apprehended the suspect Trevor Graves, age 22 at the close of October, in Denver, his hometown. According to an FBI arrest warrant, the teen planted device keyloggers on several school computers.

Graves had help from other classmates. One would plant the keylogger, while the another would attend class and verify a teacher had logged into his school account.

The scheme discovered when a teacher saw in mid-December 2016 that some of Graves’ grades had improved without her knowledge. The professor notified the University’s IT staff, who reviewed and found the keyloggers. The FBI was asked in to aid the investigation.

All in all, they determined that Graves changed grades more than 90 times, for him and five classmates. They also discovered that he regularly stole exams and shared tests with other students.

On December 29, 2016, the FBI and University of Iowa Police performed a search warrant at Graves’ home, an off-campus apartment in Iowa City.

Investigators obtained keyloggers, phones, and thumb drives with compromising information. The phones included records of past conversations among graves and his co-conspirators, while the thumb drives included copies of stolen exams. Graves referred to the keyloggers using the term “pineapple.”

The FBI reviewed and searched other students’ houses, but only imposed Graves.

In communications with co-conspirators, Graves told them he could not adjust grades too significantly. Last spring, Kansas University suspended a student for a similar scheme. The unnamed student not charged used a related hardware keylogger to steal professors’ login credentials and modify grades. That student changed F upgrades to A grades and was caught almost immediately, a reason why Graves’ scheme lasted for 21 months.