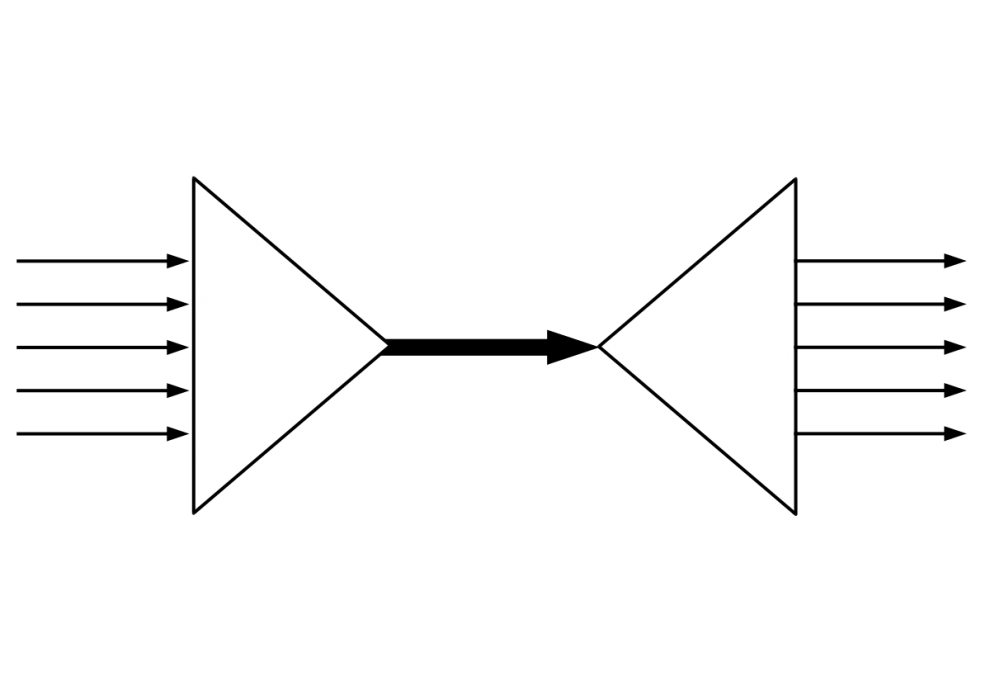 sslh accepts connections on specified ports, and forwards them further based on tests performed on the first data packet sent by the remote client. Probes for HTTP, SSL, SSH, OpenVPN, tinc, XMPP are implemented, and any other protocol that can be tested using a regular expression, can be recognised. A typical use case is to allow serving several services on port 443 (e.g. to connect to SSH from inside a corporate firewall, which almost never block port 443) while still serving HTTPS on that port. Hence sslh acts as a protocol demultiplexer, or a switchboard. Its name comes from its original function to serve SSH and HTTPS on the same port.

For Debian, these are contained in packages libwrap0-dev and libconfig8-dev.

After this, the Makefile should work:

There are a couple of configuration options at the beginning of the Makefile:

If you have a very large site (tens of thousands of connections), you’ll need a vapourware version that would use libevent or something like that.

You might need to create links in /etc/rc.d so that the server start automatically at boot-up, e.g. under Debian:

If you use the scripts provided, sslh will get its configuration from /etc/sslh.cfg. Please refer to example.cfg for an overview of all the settings. A good scheme is to use the external name of the machine in listen, and bind httpd tolocalhost:443 (instead of all binding to all interfaces): that way, HTTPS connections coming from inside your network don’t need to go through sslh, and sslh is only there as a frontal for connections coming from the internet.

Note that ‘external name’ in this context refers to the actual IP address of the machine as seen from your network, i.e. that that is not 127.0.0.1 in the output of ifconfig(8).

Sslh can optionnaly perform libwrap checks for the sshd service: because the connection to sshdwill be coming locally from sslh, sshd cannot determine the IP of the client.

OpenVPN clients connecting to OpenVPN running with -port-share reportedly take more than one second between the time the TCP connexion is established and the time they send the first data packet. This results in sslh with default settings timing out and assuming an SSH connexion. To support OpenVPN connexions reliably, it is necessary to increase sslh‘s timeout to 5 seconds.

Instead of using OpenVPN’s port sharing, it is more reliable to use sslh‘s --openvpn option to getsslh to do the port sharing.

If you are connecting through a proxy that checks that the outgoing connection really is SSL and rejects SSH, you can encapsulate all your traffic in SSL using proxytunnel (this should work withcorkscrew as well). On the server side you receive the traffic with stunnel to decapsulate SSL, then pipe through sslh to switch HTTP on one side and SSL on the other.

In that case, you end up with something like this:

Configuration goes like this on the server side, using stunnel3:

On Linux and FreeBSD you can use the --transparent option to request transparent proying. This means services behind sslh (Apache, sshd and so on) will see the external IP and ports as if the external world connected directly to them. This simplifies IP-based access control (or makes it possible at all).

sslh needs extended rights to perform this: you’ll need to give it CAP_NET_ADMIN capabilities (see appropriate chapter) or run it as root (but don’t do that). The firewalling tables also need to be adjusted as follow. The example connects to HTTPS on 4443 — adapt to your needs ; I don’t think it is possible to have httpd listen to 443 in this scheme — let me know if you manage that:

Tranparent proxying with IPv6 is similarly set up as follows:

Note that these rules will prevent from connecting directly to ssh on the port 22, as packets coming out of sshd will be tagged. If you need to retain direct access to ssh on port 22 as well as through sslh, you can make sshd listen to 22 AND another port (e.g. 2222), and change the above rules accordingly.